Accountability Problems: Is Your System Hot or Cold?

Role confusion means a person doesn’t know what they are supposed to do,

Lack of Initiative: A “Cold” System

Think of what happens to the molecules in water when the temperature drops—they start to move more slowly or sluggishly, on their way to becoming a solid, ice. When people don’t know how much they are allowed to do in their role, or what’s fully expected of them, it’s as if the energy in the system comes down. This can happen to people at any level of a system—from the front-line housekeeper all the way up to the executive level.

If you are frustrated because people who work for you aren’t taking initiative, you’re wrestling with a “cold”

system. The role confusion here is that people are unsure of what they are supposed to do or allowed to do, so they act cautiously instead. In the middle of the org chart, this sounds like people shrugging and saying, “That’s not my area so there’s nothing I can do about it.” At the executive level, this sounds like people who feel “blocked at every turn” because they are running into barriers from other departments or other functions. Even these high-level executives may be feeling cautious. They don’t feel like they have control over these other areas, and they don’t want to make waves. The end result in a cold system is the same—not enough action. 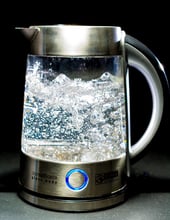 Now imagine what happens to the molecules in water when something external turns the heat up—they move faster and faster on their way to becoming a gas, steam. When something in an organization or an industry’s environment shifts in a way that puts the pressure on, chances are you’ll encounter the problems of a “hot” system.

People in this system are literally “all fired up” and taking action, and they are taking much bigger risks than their cold-system counterparts. They aren’t likely to feel cautious; instead they feel a sense of urgency and are compelled to take action.

If you’re leading an organization like this one, you may feel like celebrating. The high energy is exciting and it’s much less frustrating than leading a sluggish “cold” system. But there are challenges here, too. Just like the way the water molecules start bouncing off one another in a pot of boiling water, different agendas can start to conflict pretty quickly in a hot system. People duplicate efforts without knowledge or without slowing down long enough to integrate. People will push harder for their own initiatives—the ones where they feel they can exert direct, vertical control—and conflict between departments will rise.

You want the high energy of the hot system without its struggles, and you want to invigorate a cold system without creating conflict. What’s a leader to do?

The Remedy Is the Same

The good news is that the remedy for “too cold” and “too hot” turns out to be very similar.

Can your system be both “cold” and “hot” at the same time?

Yes, it can. Departmental leaders may be running on high, bumping into one another with a sense of urgency, while the rest of the organization is sluggishly behaving like a cold bureaucracy. It pays to think about which kind of problem you’re wrestling with at different levels. But the remedy is still the same.