How to Pronounce RACI and RASCI and While We Are At It, DACI too! 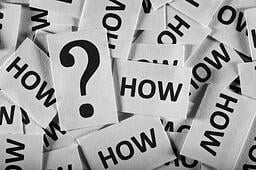 Okay, this will be a short post but believe it or not, this question crops up constantly on-line.  And it’s understandable.  One of our community members was recently given the assignment of helping to combine four divisions of her growing global company.  The Vice President giving her this daunting assignment tossed out, “You’ll want to use RACI.” in his email.  Since she had never heard of it, the first thing she needed to know was how it was pronounced.  So, Sandra, this one is for you, and good luck!

RACI is pronounced with a hard “A,” and a soft “C” like the word “racing” in English or as if it were spelled, “Ray-See.”

The two are similar in other ways, too, since the “R” in RACI means “Responsible” and is replaced by the “D” in DACI which means Driver.  The roles are identical; both mean the person who is responsible for doing a particular piece of work, a task or activity.

RASCI,  on the other hand,  is pronounced a little differently, with a soft “A,” and a hard “C” like “Rass – Key.”   The “R” means “Responsible” in this version of the tool, but there is an additional role.  The “S” stands for “Support” and is the person or people who will be involved in supporting a task or activity, under the direction of the R.

Click here for the blog that elaborates on the definitions of all the RACI/DACI/RASCI roles.