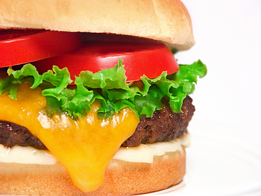 Recently, I taught a workshop on horizontal leadership skills and reviewed The Wharton School’s G. Richard Shell’s wonderfully classic book on negotiations, “Bargaining for Advantage.” Shell defines negotiation loosely – anytime you want something from someone else, whether at work or at the kitchen table, you’ve entered into a negotiation whether you know it or not.

Two of my workshop participants were struggling to get commitment from people on cross-functional teams they were leading, which is a common problem on horizontal teams. I told them this story from Shell’s book,

“My student – let’s call her Theresa – was helping to run a volunteer organization that took inner-city children out to the country on Saturdays for recreational activities. She and others in her group chartered buses, got athletic equipment, arranged for adult volunteers to chaperone, brought food enough for all, and gave the kids one day away from the stress and hardship of life on the streets.

Everything was working fine except the adult volunteers. These well-meaning people were easy enough to persuade when she and others solicited their help. But many failed to appear on their assigned Saturday. Worse still, they were usually too embarrassed to call and let Theresa know they would not be there. This left the buses short on chaperones and the games short on supervisors.

Theresa and her volunteers hit on an idea. When she called volunteers, she gave them each an important additional assignment: to bring an essential item for the day’s lunch – hamburger meat, rolls, salad, charcoal for the fire, and so on. With this simple, additional promise, the number of volunteers who showed up skyrocketed. Why? People who had previously failed to show had apparently comforted themselves with the thought that one less volunteer would not matter on the trip. But now that they had a concrete image of what their participant meant (hamburgers are useless without charcoal and vice versa), each person saw that his or her contribution mattered. A failure by one would mean a loss for all. The volunteer’s self-esteem and sense of responsibility, which had led him or her to volunteer in the first place, now prompted actual performance.”

In a horizontal structure like a cross-functional project team, people often feel like “volunteers” who are doing the work of the team “on top of” their “real” job.  They too often believe, like Theresa’s volunteers, that their presence on the team is optional and that if they aren’t there, it won’t matter very much.  If you are leading a cross-functional project team, your challenge is – how can you get everyone on the team to think of themselves as “the hamburger?”  Contributing a vital part to the whole?

At RACI Solutions, we teach the best practice that every task should have a single Primary “R” – one person who worries about whether or not a chunk of the work is getting done. They can collaborate with others to get it done, or delegate it to their staff members, but having accepted the Primary R role, they are the one person who must deliver.

So your first challenge as a project lead is to think about how to carve the work up into chunks – like hamburger, rolls, charcoal – that can be assigned this kind of single point accountability.

Your second challenge will be to think about how – and when – those pieces need to come together in the project plan.  After all, having the hamburger show up on Saturday and the charcoal coming two weeks later won’t do anyone much good. Then those assignments and the timeline will need to be visible to the whole team.

What about consulting with stakeholders?

In large complex, matrixed organizations there will be many stakeholders who need to be consulted before a decision can be made. Often, the way we go after their buy in is to put them on the project team as participants. One consequence is that our project teams grow way too large to be effective working groups. Another is that people aren’t sure what they are contributing to the process so they start to drift away like Theresa’s volunteers. Next the project lead may end up feeling like they are over-functioning and doing all the work.

If people are on your team because they have a “C” role and you want their advice and ideas, say so. Structure their participation accordingly. Think about breaking the group up into two segments – the “R” participants who will do the work and the “C” participants who will first have input, and then kick the tires. The “C” participants may not have to attend every project team meeting if you are explicit this way – but they will be very clear when their opinions are important. They’ll know when they are the hamburger, so to speak, and when they don’t need to be there at all.

Do you really need consensus?

Use the RACI tool to get clear about where the “A” (the authority to decide) really lies because clarity is liberating. If the team doesn’t have the authority to decide the final outcome, you won’t need to negotiate to consensus. You will have the option of getting as much agreement as you can, and moving on.