How Do You Pronounce RACI? 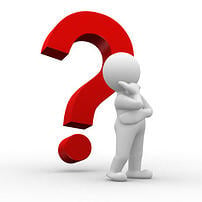 Many people come to the site wanting to know how to pronounce the term RACI. So here it is!

First of all, what is RACI?

RACI is an acronym which stands for Responsible, Accountable, Consult and Inform. The letters R, A, C and I each describe a role that an individual or a group can play on a project or in their job (or in any system, like in their family).

For a good overview of the RACI tool, download the RACI Whitepaper.

How do I pronounce RACI?

In English, RACI is pronounced with a long “A” like RAY-SEE. It’s pronounced exactly the same as the English word “racy.” It rhymes with Tracy and Lacy.

There is a related tool, DACI (where the word Driver gets substituted for the word Responsible), that is pronounced very much the same way, DAY-SEE.

But if you add an “S” and use the RASCI tool, the pronunciation changes to a soft “A” and it's pronounced RASS-KEY. For more information on the RASCI variation of the tool, see the blog post "ARCI, DACI, RASCI, RACI and The Art of Scalability."

RACI is an international language.

However you pronounce it, it’s true and exciting that RACI is an international tool. Four simple letters allow people from different cultures to think together clearly about how they are going to get things done. About 25% of the people using our site are international users from countries as diverse as Russia, Australia, New Zealand, Germany, Scandinavian countries and the Czech Republic. And many from India!