From a Consensus Culture to a Culture of Accountability: A Case Study 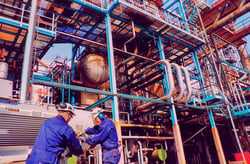 One of our clients, an energy company in the GCC, wanted to introduce RACI in order to clarify roles and enhance accountability. Multiple approvals were required to execute even simple processes, many of them going all the way up the line to approval by the senior team and even to the CEO. When the joint venture was a start-up, this model of decision-making was appropriate, but now that the business was poised for explosive growth, this consensus culture was too slow and jeopardized their growth. Making this change required that people at much lower levels of the organization be allowed to make decisions, so the senior leaders needed to let go. And middle managers needed to be willing to accept the accountability—and the risk—that come along with making decisions themselves. It was a significant culture shift for the company to change the way it made decisions.

As we prepared to write Leading Successful Change, Greg Shea and I reviewed 20 years of research on organizational change and discovered a depressingly consistent statistic: 50-75% of change initiatives fail. What does this mean? It means that in spite of the investment of tremendous energy, resources and time—and sometimes consulting dollars, too—a company did not get the benefits and the business outcomes that it was seeking. Culture change efforts had the highest rates of failure.

Your job, as the sponsor of an internal change initiative, is to end up on the right side of that statistic.

Here are two ways to do that:

If you are facing transformative change, you will want to create a group of internal champions. You need support for your initiative in every department as well as people “on the ground” throughout the organization who have a deeper understanding of why this change is important. This energy company created a group of RACI champions who were actively involved with the RACI Solutions consultants during the project and who were equipped to carry the work forward once we left.

2. Double down on designing your change

When the changes you want to make involve people giving up old familiar roles and comfortable behavior, you’ll need to double down on your change design and change management efforts from the beginning.

Successful change requires two things—first, a thoughtful DESIGN of the change so that what you are creating makes sense to people. It also requires that you be able to EXECUTE the new design once you are satisfied with it. Some changes are popular and easier to execute. Others are not. If the change you are promoting will distress people, you want to involve a broader group of stakeholders in the planning and design. Click here for "A Brief Guide to Participative Design."

At this energy company, we invited one person from each department that would be effected and involved them in designing the change from the beginning. Having a change agent present in each department will amplify the communications you create, by giving you a representative there. The champion can transmit important information to their group, but they can also bring valuable information back to you. Think of them as your change agents, reaching into every corner of the organization.

In the GCC, these internal champions were involved in the project for over a year. They participated in managing the change and tracking its progress. We gave them the tools they needed to measure the effectiveness of the initiative—its own KPIs—and they met quarterly with the project’s sponsor.

Culture change is notoriously difficult. To be successful, you need to create a comprehensive systems-based design that moves people through the changes gradually over time. And you can’t push a culture change from the top down. Instead, you need internal champions who are committed to the new way of working and will bring others along with them.