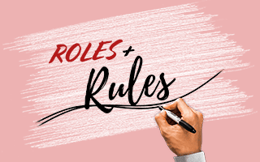 Recent research has shown that nearly 60% of corporate six sigma initiatives fail to achieve their desired results (Wall Street Journal, “Where Process Improvement Projects Go Wrong”). Why? Because of that most confounding factor: human beings. So what else do we need to know?

We think the answer lies in some of the wonderful writing that is coming out of “complexity science” as it applies to the world of management. Complexity science classifies problems as “simple,” “complicated” or “complex.” Russell Acoff wrote about complex problems this way, “Every problem interacts with other problems and is therefore part of a set of interrelated problems, a system of problems…. I choose to call such a system a mess" (Redesigning the Future, 1974).

Isn’t this great? Most of us intuitively know when we set out to tackle a complex problem; it’s a mess!

The traditional metaphor used in organizations is that of a machine, which assumes that things can be tightly controlled through better (or more) specification. This is where re-engineering and six sigma projects can go wrong. While there are still many situations where the machine metaphor is useful—think about routine surgical processes—there are also many situations where this metaphor is grossly inadequate. In a complex adaptive system (the metaphor is taken from biology—think living system—rather than from physics—think mechanical system), you cannot solve your problems with a linear, controlled, measured, and standardized method like six sigma by itself.

What kinds of organizations stumble when they apply a linear, mechanistic approach to their complex problems? Organization where “knowledge work” is performed predominantly by highly trained professionals … the delivery of medical care, professional service firms, research scientists, architecture firms, and design firms. Think about health care for a moment … there is great work to be done in developing evidence-based medicine and protocols (the “rules”) and using sophisticated information technology to make those rules available in decision support systems. This is all tremendously important. But there are dozens of clinical decisions that factor in multiple variables (one example: “This patient is critically ill, but there are no beds available in the ICU for the next 8 hours”) that still require the exercise of judgment.

Where human judgment is still an inescapable component—as it often is in complex systems—you won’t get far enough by articulating a huge set of lean process rules. You also need to think in terms of ROLES. Successful six sigma and lean projects do this—they specify the points along the process where people need to come together to assess the situation and make a decision based on their judgment about what is happening in the moment.

Kevin Kelly defined the term “clockware” to describe the management processes that can be conducted in a traditional standardized, repeatable, controlled, and measured way. In contrast, Kelly’s term “swarmware” refers to management processes that employ freedom, autonomy, intuition, and experimentation. Using the human language of ROLES to redesign systems gets us much closer to using swarmware techniques; to be successful, you need both.

If you’re thinking, “I’m sold, how do I think about roles?” the answer is pretty simple. Think about WHO rather than what, and think about DECISIONS that people need to make. How much AUTHORITY does the person need in order to be able to make that decision, and then what kind of INFORMATION will they need in order to make a good one. Two people may need to CONSULT with one another to make the decision – you can specify that consultation as part of your standard work.

And yes, the RACI tool makes it a whole lot easier to work with and design with roles, because it gives you a way to describe different levels of authority, as well as to agree on the process you’ll use when people come together to make a decision—even on the fly. RACI takes the wide-open concept of “swarmware” and allows you to do some very concrete things with it. (Click here for the blog “Defining the RACI codes: Understanding the Language,” and click here to download the FREE RACI Whitepaper.)

Here is a quick excerpt from Malcolm Gladwell’s review of Atul Gawande’s The Checklist Manifesto: How to Get Things Right (www.gawande.com):

His latest book, The Checklist Manifesto, begins on familiar ground, with his experiences as a surgeon. But before long it becomes clear that he is really interested in a problem that afflicts virtually every aspect of the modern world—and that is how professionals deal with the increasing complexity of their responsibilities. It has been years since I read a book so powerful and so thought-provoking.

In the examples that Gawande offers from the aviation industry and the construction industry, part of the “checklist” that has evolved involves clarifying role and decision—specifying where in the process two people MUST HAVE A CONVERSATION and who makes the subsequent decision. Successful checklists sounds like they are a set of “rules,” but in Gawande’s examples, we see that they also encompass the work of “roles” and professional judgment.

Let’s go back to the decision about how and where to admit a critically ill patient in an Emergency Department. Our design group recommended that a role (the MAPA) be invented in the hospital’s MICU, that could be filled by an attending physician, a mid-level provider or a resident. The people who fill that role would go down to the ED and talk with the attending physician there and see the patient. Based on their clinical judgment, that conversation and information about where there might be capacity upstairs, the MAPA would have the authority to determine where the patient is admitted. When capacity is tight, the MAPA starts to “work the flow” by calling the attendings in the MICU and stepdown units, and calling the charge nurses, and seeing where patient discharge can be accelerated.

This constellation of clinical judgment, authority, and expertise would be nearly impossible to capture in a rules-based algorithm. Because the problem has multiple variables (the condition of the patient, which is dynamic, the judgment of the providers, and the capacity in the system) it requires both rules and roles—both clockware and swarmware—to address it successfully.

As a result, project teams can get stuck. Let us help you! If you need to learn RACI, we offer train-the-trainer materials and custom workshops. We can help you create RACI super-users. If you already use RACI or another decision matrix, we offer programs that help you become skilled at working across functions—an effective horizontal leader. We help project teams tune up their performance. We help organizations streamline their decision-making.